The Ohio Supreme Court recently announced that it will hear an appeal brought by the ACS in its long-running legal conflict with Leadscope. Given the lengthy and complex path this case taken, I thought it might be useful to summarize in one place how ACS and Leadscope got to this point.

According to the most recent decision rendered by the Court of Appeals, the story begins in 1997 when three Chemical Abstracts Service (CAS) employees (Paul E. Blower, Jr., Wayne P. Johnson, and Glenn J. Myatt) left to found a company called Leadscope.

Prior to this, ACS had been developing a product called "PathFinder" that was "intended to improve the ability of researchers to access and organize chemical information available in ACS's databases." Wayne Johnson participated with Toshiba in a collaboration to "explore the possibility of adapting PathFinder to Toshiba's new 'tablet' computer hardware" through usability studies and market research.

A Patent Changes Everything

When CAS decided to pull the plug on PathFinder in 1997, Blower and Myatt saw the opportunity to deliver something similar independently. By 1999, they were speaking about the product they were developing. In 2001, Leadscope was awarded a patent for software used to display "correlations between structural Features of a molecule and the biological or physical properties of the molecule." 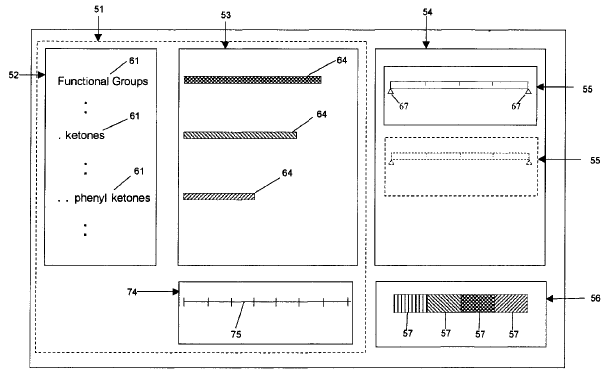 The patent claims in a preferred embodiment a system that uses:

Leadscope was working on a product idea that CAS had previously pursued, and now Leadscope had a patent on the technology. This was the point at which ACS began to take action.

ACS started by demanding "a large cash payment and total ownership" of the Leadscope patent. Leadscope threatened to respond with legal actions.

ACS filed suit alleging "misappropriation of trade secrets, breach of employment agreements, unfair competition, breach of fiduciary duty, conversion, and violation of implied license under shop rights." Leadscope countered with claims of its own against ACS including "defamation, tortious interference with business relations, unfair competition, violations of the Ohio Deceptive Practices Act, and violations of the Ohio Pattern of Corrupt Activities statute."

After an eight-week jury trial, a verdict in favor of Leadscope was returned awarding the company $26.5 million in March 2008.

After some legal maneuvers, ACS succeeded in bringing its case before the Ohio Tenth District Court of Appeals, which upheld all previous findings by the Franklin County Court of Common Pleas. ACS was on the hook for over $40 million to Leadscope.

On July 30, 2010, ACS announced it would appeal its case to the Ohio Supreme Court. ACS strategy will likely involve trying to punch holes in the theory of "malicious litigation" - the idea that an organization should be punished for trying to abuse the legal system to get its way.

Other Points of Interest

The court documents in this case offer some intriguing insights into the business practices of the ACS. One notable example: the revelation that 60% of the ACS budget derives from revenues from CAS. When taken together with published ACS financial statements, we are able to answer the simple question of how much gross revenue CAS generates in a year - on the order of $226 $300* million.

To put this in perspective, Accelrys and the former Symyx, two of the dominant players in scientific informatics software and now one company thanks to a recent merger, reported combined total revenues for 2009 of $186 million.

Whether or not the ACS can succeed in its drive to reverse past court decisions, one thing is clear: this ain't no bake sale they're protecting.

Update Sept. 19, 2012: Based on "Total Unrestricted Revenues" of $500 million reported in 2009 Audited Financial Statements and Management's Responsibility published by ACS.