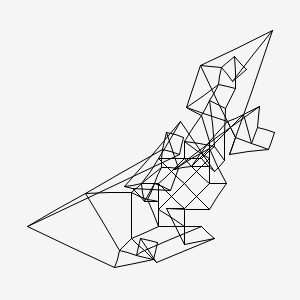 In preparation for the first beta release of ChemPhoto, the chemical structure imaging application, I've been performing a lot of tests with PubChem SD files. It turns out that having a tool that can be used to quickly browse through tens of thousands of PubChem molecules turns up some very strange beasts, including the one depicted above.

If you're still curious as to what this PubChem record is actually referring to, this tool is quite useful.