If you wind the clock back enough years, the world of graphical user interfaces was ruled by standardized look-and-feel specifications. This approach was taken in an effort to centralize all of the GUI coding in applications, make it easy to document the application (everyone knows what a slider does, therefore it doesn't need to be described), and work around the relatively poor graphics performance of desktop computers.

But the last decade's collision between the computer industry and the consumer has led to a huge increase in the emphasis on aesthetics in user interfaces: for everything from brand awareness to increasing the comprehensibility of sophisticated systems, to eye-catching coolness to draw the customer in, to just plain "Wow!" … Aesthetics are in.

The "destandardization" of the GUI has been underway for several years. From Web applications like Picnik to Flash video players to Apple's iTunes application, users are getting increasingly used to the idea that not every program needs to look like Microsoft Office, and that some of them never should have in the first place. 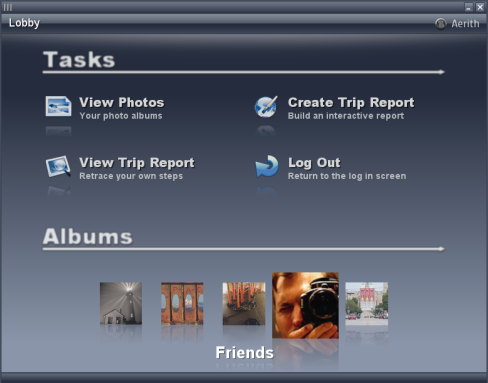 Now, it's possible to infuse Java Swing applications with the look and feel of this new breed of GUI. The new book Filthy Rich Clients shows how. Covering topics ranging from threading to animation to compositing, this well-written book is a goldmine for anyone wanting to break out of a GUI rut.

The use of reflections, animation, fading and the like in serious applications may seem frivolous. But used in the proper context, these effects can add a great deal to usability and appeal.

Today's frivolous use of memory and CPU cycles has a strange way of becoming next year's must-have feature.