So far the discussion has been rather abstract. To make it less so, the following four screenshots illustrate the user interface and rendering capabilities of a Firefly prototype. All molecules were drawn with the Firefly interface running on Linux. Screenshots were directly captured from the running application.

The image below illustrates fused rings and stereo atoms. Also notice that the atom label for oxygen has one implicit hydrogen atom that is properly placed to the left. 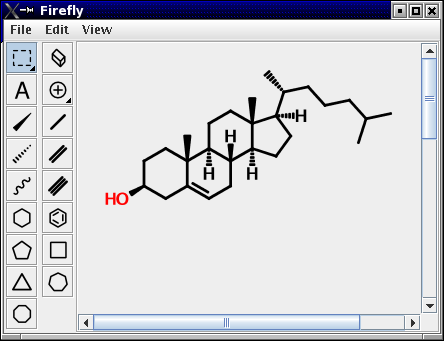 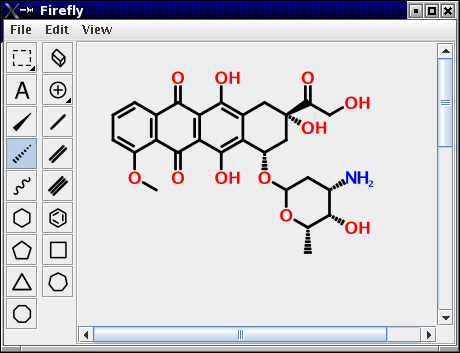 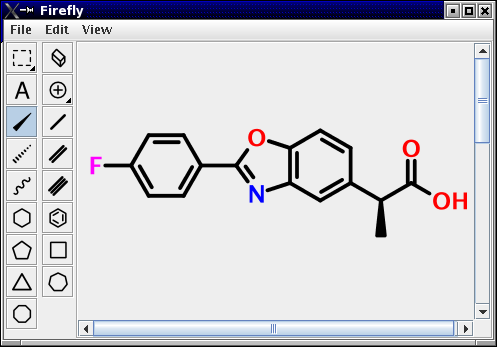 One of the more difficult aspects of rendering molecules with implicit hydrogens is placing them in the correct quandrant. In this screenshot of uric acid, notice how the hydrogens occupy three different quadrants relative to their hosting nitrogen atoms. 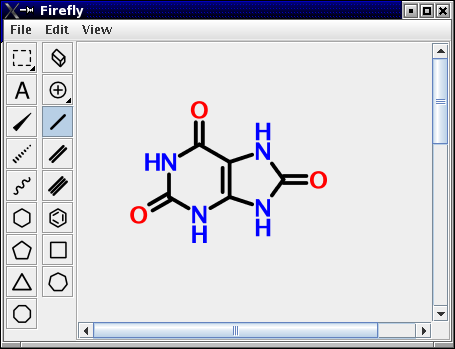