When we look back on the desktop software era, I think we'll marvel at the inconveniences people put up with, just as we marvel now at what early car owners put up with. For the first twenty or thirty years, you had to be a car expert to own a car. But cars were such a big win that lots of people who weren't car experts wanted to have them as well.

Computers are in this phase now. When you own a desktop computer, you end up learning a lot more than you wanted to know about what's happening inside it. … Ordinary users shouldn't even know the words "operating system," much less "device driver" or "patch."

There is now another way to deliver software that will save users from becoming system administrators. Web-based applications are programs that run on Web servers and use Web pages as the user interface. For the average user this new kind of software will be easier, cheaper, more mobile, more reliable, and often more powerful than desktop software.

A lot has changed since Paul Graham wrote these words about the future of software. To name a few of the biggies: Flickr; Digg; YouTube; MySpace; GMail; Last.fm; Blogger; Writely; Facebook; DabbleDB; Kiko; LibraryThing; and BaseCamp. The list of new and useful Web application just goes on and on, with entries added daily. None of them require major software installation or configuration on the part of the user. All of them run on any computer with a browser and an Internet connection, at any time. All of them move the burden of application maintenance, upgrades, and bugfixes from the end user to system administrators and applications developers - where it belongs. 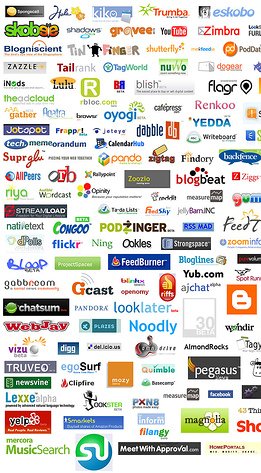 If the advantages of Web applications are so obvious, chemistry must have its fair share of them, right? Not really. Perusing the offerings of major software vendors shows a perplexing reliance on old-fashioned desktop software. The market is ripe for a revolution, but don't look to the big players to lead the way.

The recent emergence of several free chemistry databases on the Web shows that the tide is starting to turn. But we're only at the beginning of a very long process. As the inevitable disruptive scenario plays out, cheminformatics will be transformed. We might even be able to agree on a name for the field by the time the dust settles.

For now, there are some chemistry Web applications worth looking at. One of the more helpful of these is called The Worldwide Molecular Matrix (WWMM). WWMM lets users interconvert a variety of common chemical languages, including SMILES, InChI, molfile, and CML. Another is CDK Web, which showcases some of the capabilities of the Chemistry Development Kit (CDK). Users can view a variety of molecular properties, and even deterministically generate molecules from molecular formulas, the subject of a recent depth-first.com tutorial.

These Web applications are steps in the right direction, but they only scratch the surface of what is easily within reach. Starting tomorrow, depth-first.com will run the first installment of a multi-part tutorial on building, deploying, and maintaining a working cheminformatics Web application. While this one tutorial series won't do much to unchain chemistry from the desktop, it may provide some long-overdue food for thought.